The TV news industry is in flux. Crisis point: finding and retaining producers. Consider this: Your job will remain if reporters are phased out in the digital age. There is always a need for content finders and editorial context. Producers must be the best truth seekers, and BS detectors in the building, every day. You are the gatekeepers of truth. Gusty journalists with a job that has a high learning curve.

So let’s even that playing field. Let’s finally put what you really need to know to kick butt at your job, in one easy-to-reference spot.

This book is years in the making. Producers and managers spoke, listing skills most have to try and figure out largely on their own while on the job. Let’s make it easier.

Here’s a list of topics covered:
How to stack a newscast
How to choose leads
How to get your writing done in time
How to time your show correctly
How to write clearly
How to write to video
How to tease
How to avoid fact errors
How to showcase (describes several techniques)
How to handle team coverage and continuous coverage

And there’s more. Check it out.

I don’t usually show statistics. But this number below, the impressions really set me aback a bit. I chewed on what it could mean for a bit. I know that there are a lot of journalists that lay low and do their jobs no matter how short-staffed and no matter the station politics. I know a lot of them are passionate about being journalists and put up with a lot to do the vocation they love. But to me, this reaction to the post, and reactions I have received about workloads on LinkedIn posts show many just do not feel valued.

On LinkedIn, I mentioned looking around and thanking those workhorses. Many reached out to let me know they rarely are thanked and rarely are noticed.

Two things. There are a number of managers that have been taught that your paycheck thanks you and that you show the staff they are appreciated by leaving them to do their jobs. I bring this up because it is important to know that for some managers this is why you do not hear from them. The intention is in a way to show respect. It just doesn’t fit well with a growing workforce of journalists that expect communication in the newsroom and on the news.

The other point to make is there are obviously a lot of journalists that want to know you see their efforts. That means many want to know that they are doing what you want. Most journalists are highly goal-oriented. Telling them they meet or exceed the mark is important. It helps them pull through on those really tough days.

The post hit a nerve. The idea that so many looked at this post hits a nerve. Workhorses deserve respect. They keep the news on the air. They weather the storms. So again I ask, look around the newsroom. When is the last time you thanked the workhorses?

I put this post up on LinkedIn and want to make sure it is here on the website as well. When I started this website 10 years ago the goal was to help with training. I still want to focus on that primarily but over the last several months I have felt called to also bring up important issues facing the TV News business as well. I hope the time is right for more to hear the calls and actually start to make changes many veteran journalists can tell you are long overdue.

Now that we know producers can get some signing bonuses, let’s talk EP recruitment. Just this week I have seen EP job postings that state you will produce a newscast every day and still need to coach other producers and oversee the daypart. Can we just unpack this a bi

In order to really protect the brand and quality, executive producers need to oversee not do then check in between. It’s hard enough when they are the chronic backups for anyone who is sick or on vacation.

There simply is no way an EP can truly train, recruit, showcase, punch up daily writing, oversee coverage decisions, monitor live decisions, and protect the station’s newscasts and brand for quality and credibility and produce each day. That is like asking an assembly line manager to work the line at the same time. Things will slip through the cracks and the line will clog up.

For the last several years the job I get calls about the most where there are either no applicants or none qualified is EP. Setting up EP jobs so they can truly learn how to think bigger picture, attend management meetings and learn how to lead a shift is monumental for the future of this industry. These EPs are your future NDs.

To all the EP’s right now braving producing newscasts and leading dayparts especially those who sometimes are the ONLY EP for the whole newsroom, you are strong. You are courageous. You have a right to stand up and say when the workload is too high and ask some be delegated elsewhere. Do not forget you can be the future ND. So you need to try your best to pace yourself and advocate to protect your team in any way you think will work. 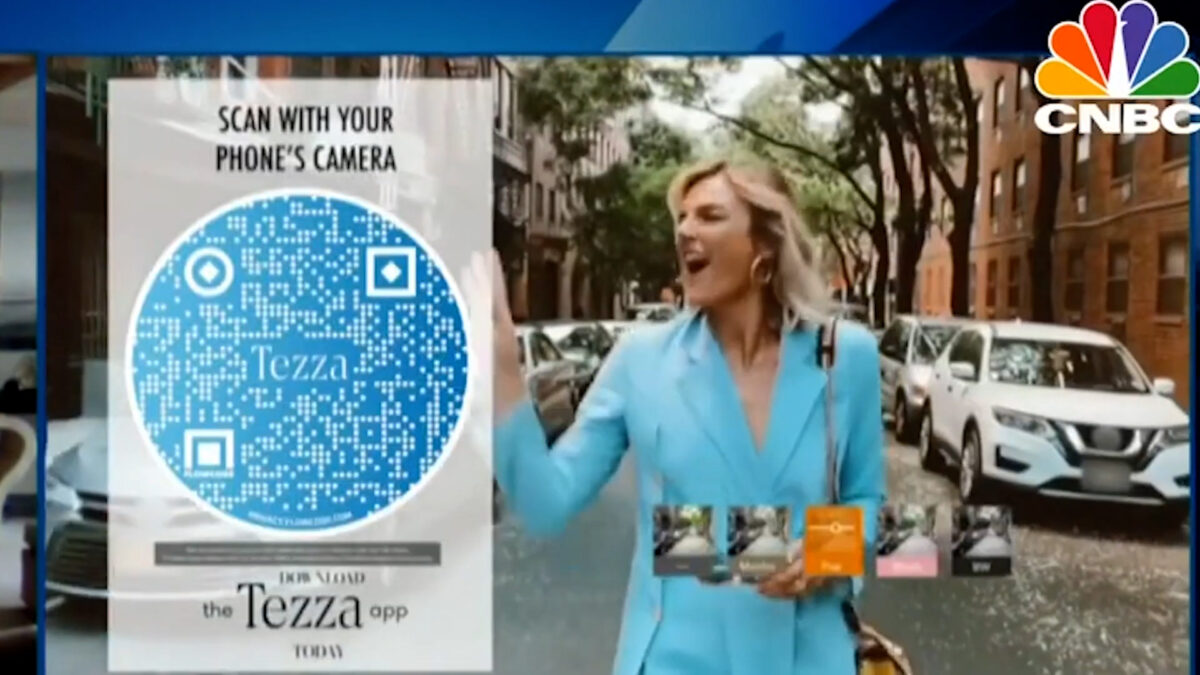 There’s a revolution coming to TV news and it might look familiar. QR codes are not new. They are everywhere. But an innovator in the space wants to improve upon existing QR technology, creating a new dynamic and standard in TV news. Meet Flowcode.

Every once in a while I am asked to take a look at an emerging technology or technique to increase a station’s digital saturation. In this case, I was asked to consider how QR codes could improve TV news.  I thought the idea was brilliant and had incredible potential. QR codes are popping up everywhere and are being used in ways to make your life easier already. My first instinct was creating meaningful connections with viewers. But, the journalist in me soon took over and I wanted to learn more and check my hunch.

I thought about the constant struggle newsrooms face trying to directly connect with viewers. That is especially true now, with so many newscasts to produce each day. 4 hours in the morning, noon and then 3 PM until 6:30 or 7 PM. Oh, and don’t forget the late evening newscast of record as well as ever increasing digital content demands. Traditionally, broadcasting companies rely on ratings data companies like Nielsen and Comscore. Then, they call in consulting groups to get research information about who their audiences are and what they really want.

If you ask news managers, many will tell you that the research often feels flawed. The content topic suggestions and ratings gains do not always match what the research shows should happen. It leads to a lot of guessing when they try developing a brand and creating trust with the audience. Minute-by-minute audience viewing reports are also a guessing game. Between grinding out shows stations look for trends in those reports and hope to get it right.

These methods lead to a real mixed bag of results. A Gallup/Knight Foundation study found more than 80% of Americans say the news media is at least “very important” in providing accurate information. Good news, right? But then comes the conundrum: An Accenture digital consumer survey found TV is the only category of device experiencing uniform, double-digit usage declines. This is worldwide and in nearly all age groups. Accenture also found 87% of consumers use a second screen while watching TV.

The TV news industry understands this is happening. But how do you link up the TV newscast with the tablet in the viewers lap?

Consider this, 65 % of people who use a second screen have looked up information on a product in a TV show.  Meanwhile, TV news viewers told focus groups around the world in a Reuters Institute study that they think news organizations rely too much on clickbait and sensationalism. Many said they felt news organizations wanted to trick or provoke them into watching. They also wondered who is tracking what they click on station websites. Study participants largely seemed resigned this is just the way it is, and it hurts trust. Other studies show audiences also express disdain at banner ads and sponsorships which may lead to a harmful reputation.

A Pew Research Center survey gives some hope though. 75% surveyed say confidence in news media has the potential to improve. The survey also shows brand loyalty isn’t what it once was. 63% of news consumers Pew surveyed don’t feel strong loyalty. Many say they feel local news can still work on directly connecting with the community more.

Cue the Flowcode option. Founder and CEO Tim Armstrong says his company has launched “next-generation” QR codes. No app needed. “It takes you directly there with no stopping off at any large internet companies” Armstrong says. This means much more security for the audience. Flowcode comes with privacy built-in to meet GDPR and CCPA standards. The direct link can help eliminate recent concerns being raised over QR code security.  The custom design of the code also matches the branding of the station, which is helpful as stations grow their brand or continue to build on a strong brand in the DMA. Flowcode QR’s in targeted connection can even increase a station’s brand value.

Television stations have begun experimenting with QR codes to provide added content, especially during weather events with encouraging results. Take a look at this roundup of ways QR codes are starting to be used at local stations.  Innovative starts for sure. Flowcode is starting to partner with major broadcast groups including Sinclair Broadcast Group and Nexstar Broadcasting. Driving as much as a 50 percent increase in app downloads. Also darn smart.  eMarketer projects 99.2 million QR code users by 2024. That’s up 28 million more from 2019.

As the TV news industry grapples with how to reach their audience directly Flowcode also offers data science and analytics. The TV industry can push for options to figure out why an audience turned off at 10-minutes after the hour, instead of simply knowing that they did tune out at that point. It offers a way for stations to find out if the audience will watch more long form content on OTT platforms. There is also the opportunity to sponsor content without the anchors having to actually say the name of the sponsor. All ways to prove a station has heard what the community wants to learn, values the time taken to watch, and is eager to meet the audience directly where it is. That includes holding a phone or tablet and lounging on the couch while watching the news. Yep, that’s working for you alright.